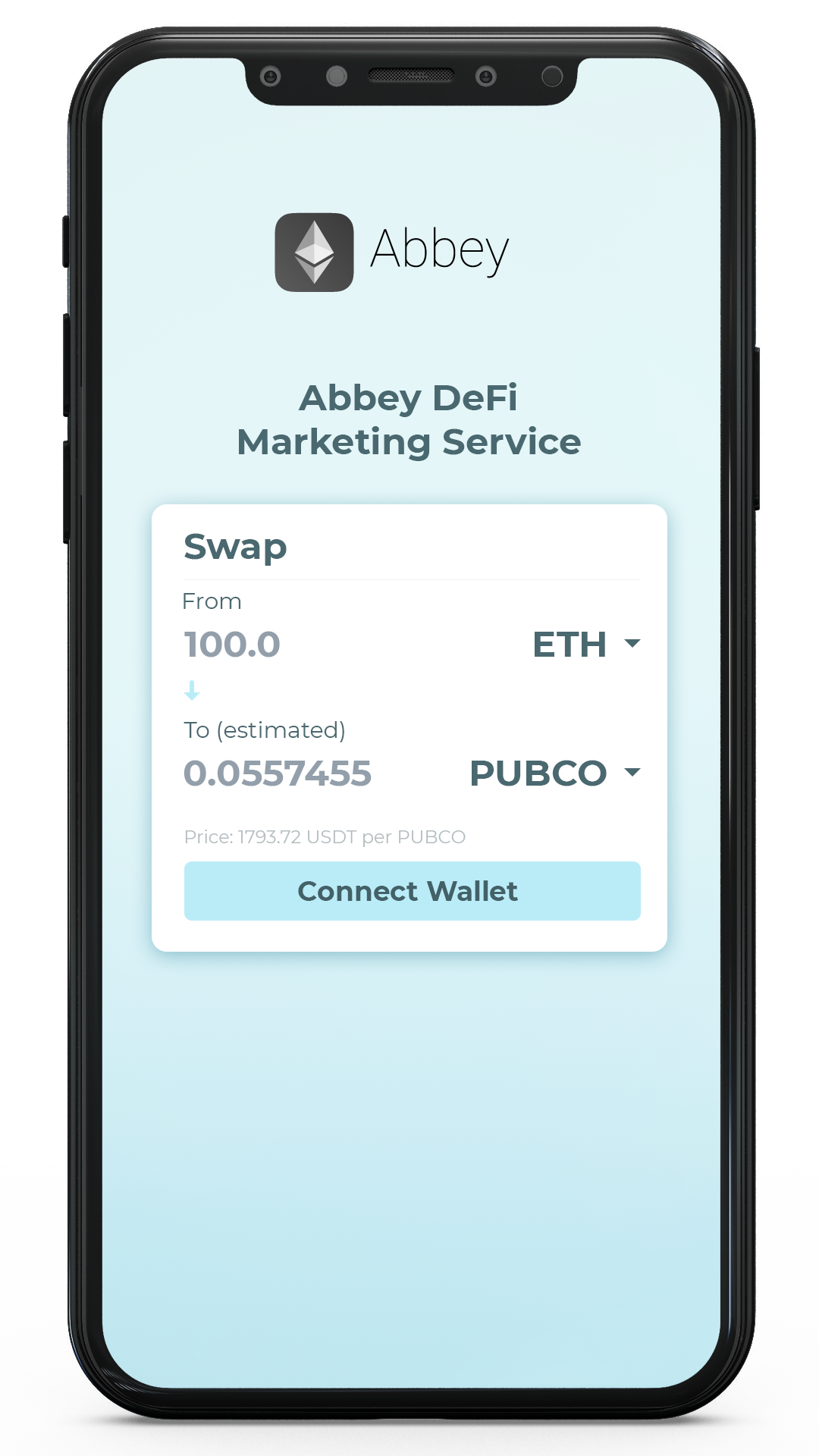 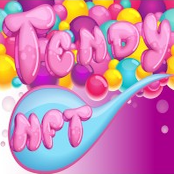 Decentralized Finance “DeFi” is designed to be globally inclusive. Centralized finance is based around national stock markets that have high barriers to entry. The Abbey DeFi methodology offers companies listed on national stock exchanges exposure to DeFi.

Abbey is a Uniswap based DeFi service provider that allows public companies to offer people a novel way to speculate on the success of their business in a decentralized manner.

The premise is both elegant and simple, the public company commits to a marketing spend equal to 1% of its quarterly sales revenue. And, since it’s a public company, the exact value of this 1% is published in their public accounts, as filed quarterly with a national securities regulator.

DeFi traders wishing to speculate on the revenue growth of the public company deposit ETH cryptocurrency in return for “PUBCO-1%” Uniswap tokens. The Uniswap Automated Market Maker ensures DeFi market liquidity and legitimate price discovery. The more ETH that the company deposits over time, the higher the value of the PUBCO-1% token, as held by DeFi speculators.

Uniswap is an automated liquidity protocol powered by a constant product formula and implemented in a system of non-upgradeable smart contracts on the Ethereum blockchain. It obviates the need for trusted intermediaries, prioritizing decentralization, censorship resistance, and security.

To seed the trading process, Abbey is always the first liquidity provider (LP) for the Uniswap pool and deposits ETH 5.0 and 100,000 PUBCO-1% ERC-20 trading tokens. Each company that contracts with Abbey for DeFi marketing services will have 100,000 additional tokens held in the public company’s balance sheet as a treasury asset.

Using the Uniswap Automated-Market-Maker, the PUBCO-1% trading tokens tracks the liquidity-pair and, unlike potential future Uniswap LP’s, the Abbey seed ETH and PUBCO-1% tokens may only be redeemed with a smart-contract-enforced public notice period. Therefore, going forward, every time the public company deposits 1% of its sales revenues to Uniswap, it causes the price of the PUBCO-1% token to increase on Uniswap.

The notice requirement of future LP removal from Uniswap is a key pillar of the Abbey concept as it gives speculators comfort that the liquidity pool for the public company token can ever disappear without prior notice. Note, the methodology to pre-announce the redemption of the seed liquidity is programmed into the PUBCO-1% ERC-20 smart contract, and this contracts source code is publicly available for inspection. So, no “exit scam”!

Uniswap guarantees that every time the public company deposits its 1% worth of ETH to Uniswap it causes the price of the PUBCO-1% token to increase. As per the Uniswap algorithm, depositing ETH to one side of the Uniswap smart contract causes PUBCO-1% tokens to be returned to the depositor. This is how speculators gain exposure to the company’s sales growth.

As an added commitment to speculators, all PUBCO-1% tokens returned to the public company by Uniswap each time it makes a 1% deposit are burned by the Abbey smart contract, thereby continuously reducing the number of PUBCO-1% tokens in circulation. So, not only does the buyback intrinsically increase the value of the PUBCO-1% tokens, the burning of the bought-back tokens also serves to increase the token-value since there are fewer tokens available, i.e., a reverse-dilution event! 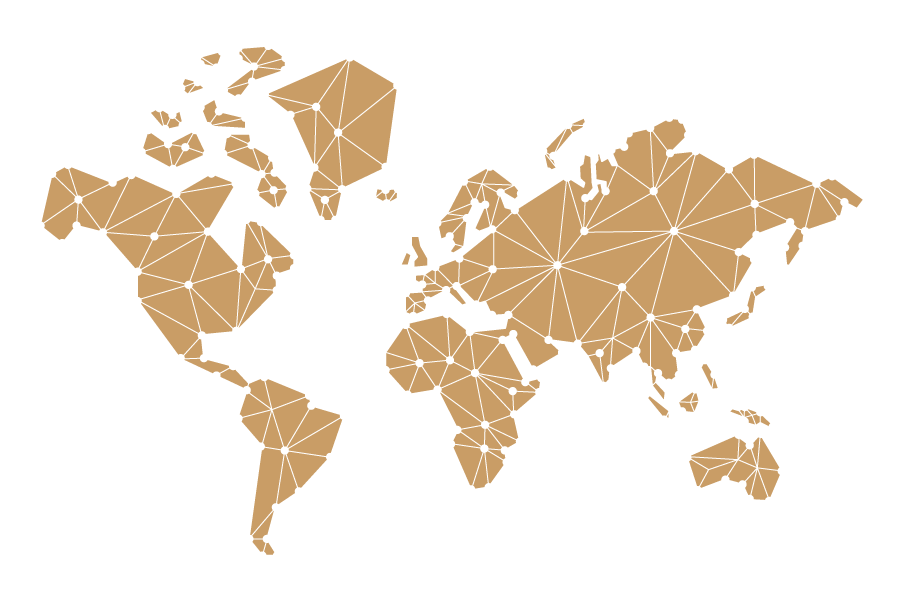 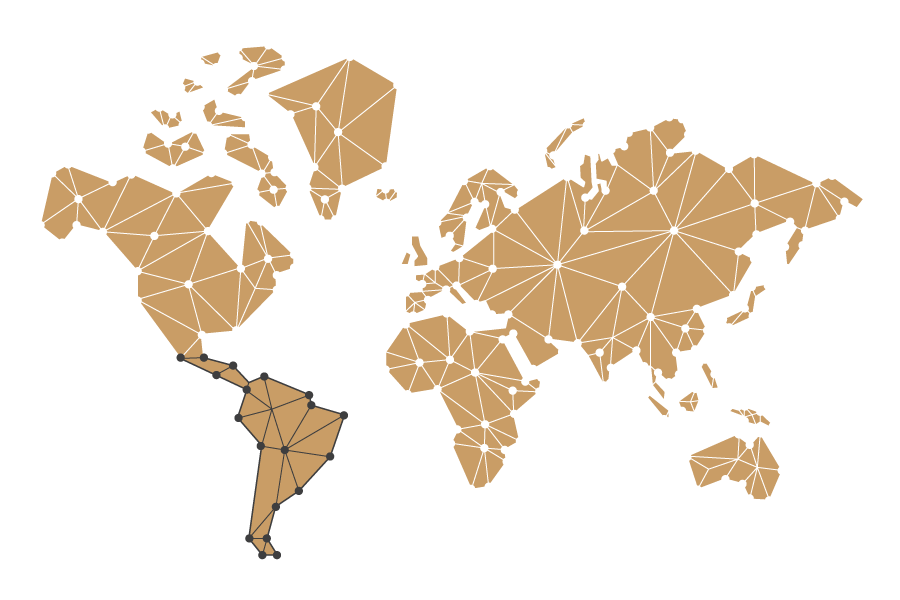 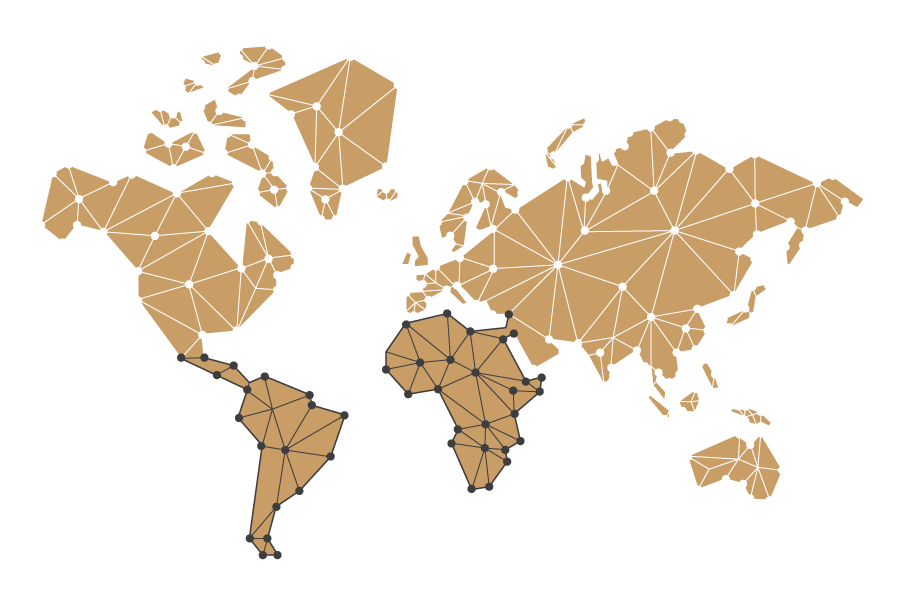 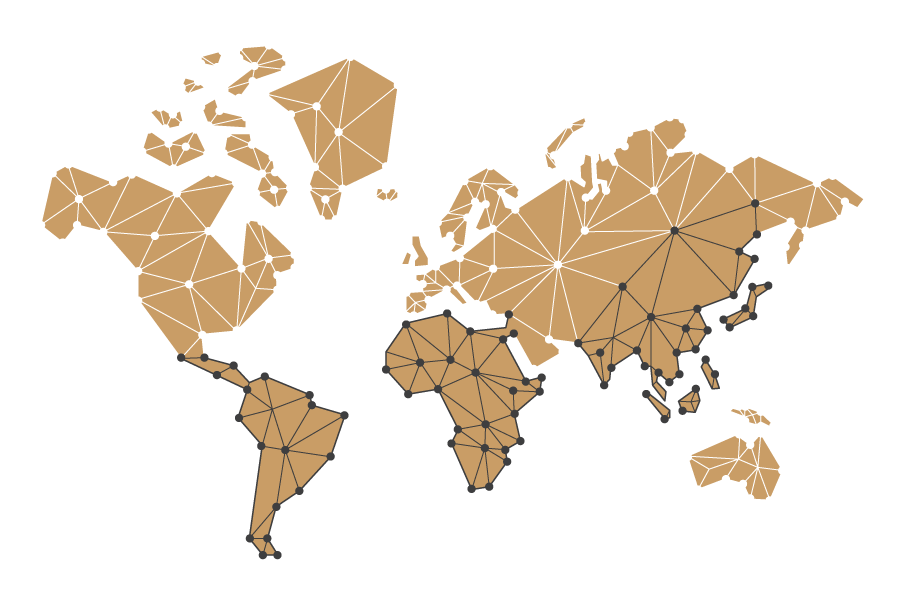 Abbey supplies the initial seed of 100,000 PUBCO-1% tokens as Uniswap liquidity. Abbey also creates another 100,000 tokens for the public company to hold as a liquid asset on its balance sheet, outside of Uniswap.

Every quarter, the company’s CFO may mark-to-market the value of the 100,000 PUBCO-1% tokens based on the current, publicly available price on Uniswap.

DeFi speculators will obviously be concerned with token dilution inside Uniswap. To alleviate these concerns, the Abbey PUBCO-1% contracts are programmed to create (aka mint) only 200,000 tokens, and no more. 100,000 go to the Uniswap liquidity pool along with ETH 5.0 and the other 100,000 are held by the public company in treasury.

To prevent the company from “dumping” it’s 100,000 tokens into Uniswap, thereby removing speculators ETH, the Abbey smart contract forces the company to notify the speculator community of its intent to sell some of its treasury PUBCO-1% tokens, typically 4 months in advance. This “announcement” gives speculators plenty of time to withdraw ETH from Uniswap should they deem such a company sale to not be in their interest.

It should be noted that the 100,000 Uniswap tokens held by company may never be transferred to another wallet, exchange etc. except for the sole destination wallet address representing the Uniswap trading pair. So, again, no “exit scam”!

Once you successfully transfer the tokens, they will appear in your same wallet on the Binance Smart Chain within 5 minutes. We will even give you some BNB to cover the cost of your first Pancake swap!

To Flop your Cross-Fi tokens, simply:

Once you successfully burn the tokens and transfer to us the token transfer cost, they will appear in your same wallet on the Ethereum Mainnet within 5 minutes.

For those lucky folks that held GCAC tokens on 31-Aug-2021 at 1pm UTC, in order to claim your GCAC NFT, transfer the minting fee to us at this address: 0x1fa6d184abbfee00220d6acfcd3ec6dcd0373da2, from the wallet that holds your GCAC tokens, on the Ethereum Mainnet.

Once you successfully transfer the fee, the minted NFT will appear in your same wallet on Ethereum Mainnet within 5 minutes

Error submitting your message. Are all fields valid and filled in?

Your request has been sent to the abbey.ch team.